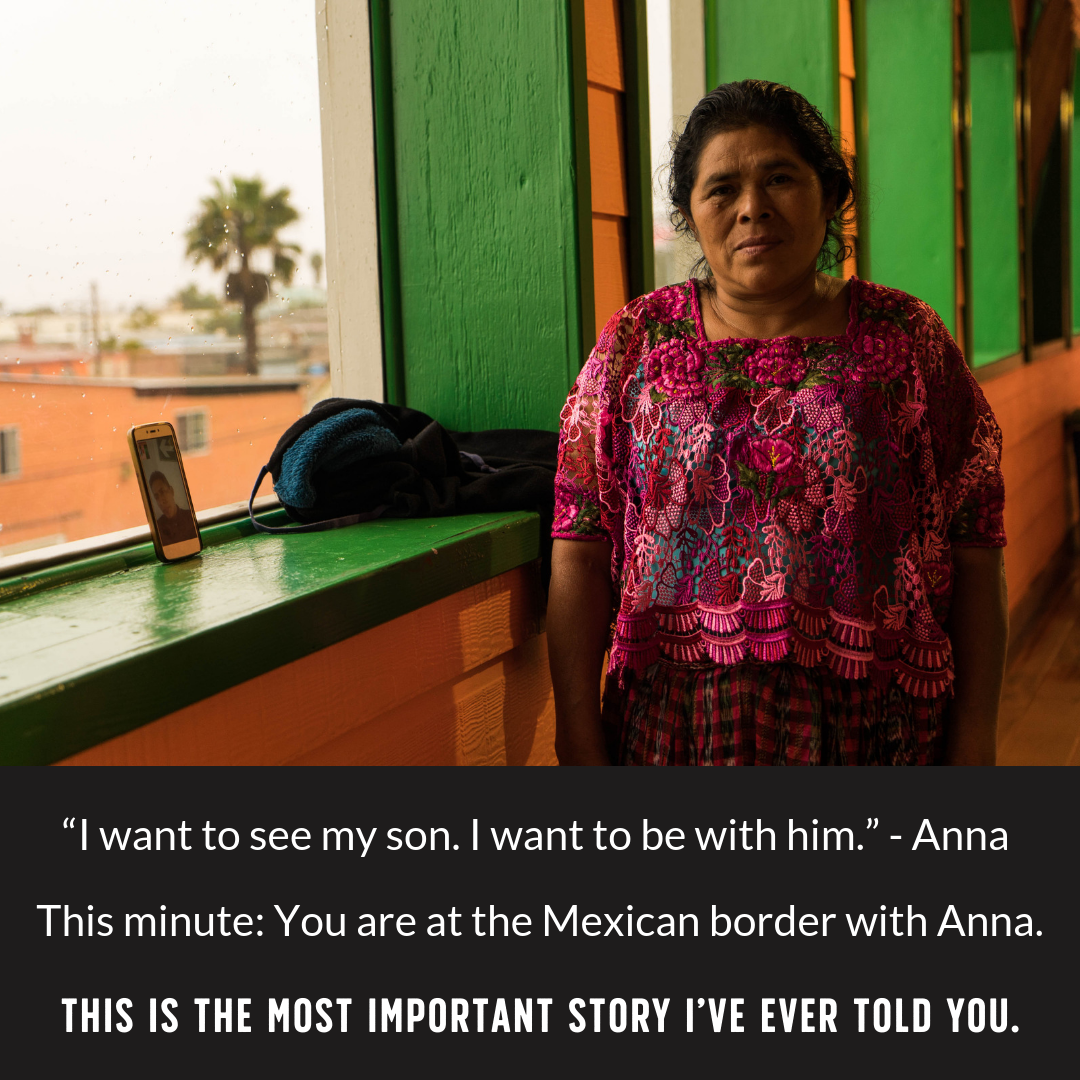 This is the most important story I’ve ever told you.

In May, I woke up and read that children as young as eight months were being ripped from their asylum-seeking parents at the southern border of the U.S. and placed into detention centers.

Abby and I called the board at Together Rising and we began contacting people on the ground. Every source said: There are so many children alone, sick, terrified… The government separated these families with no plan to track and reunify them . We are worried that when the next horrific headline runs, people will move on and these families will be lost forever...

We said, No. That will not be how this story ends.

Your Together Rising board dug in, finding and funding the most compelling and effective groups reunifying families, one of which was Al Otro Lado – a tiny organization made up of courageous women. They told us that the administration had begun deporting parents without their children. Many were tricked into believing that the US had deported their children back to the country they’d fled. Desperate for their babies, these parents signed their own deportation letters. Upon return, they learned that their children were still detained in the US.

The administration concluded that, because they deported these parents, the parents were “ineligible” to be reunified with their children. They washed their hands of further responsibility.

Aid groups started looking for parents. Of the hundreds of deported parents -- 90 were deemed impossible to find - the most hopeless cases - because they did not have phones, spoke rare indigenous languages, and lived in incredibly remote mountain villages. By all accounts, these parents would never see their babies again.

But you – through Together Rising ­­- said, No, that’s how this story will end.

Together Rising, Al Otro Lado and Justice In Motionassembled and activated a team called the Defenders, who trekked through the mountains of Honduras and Guatemala, asking: Have you seen this woman? Do you know this child? Where are the parents whose babies were taken? Take us to them, we are here to help.

They were right. Our Defenders didn’t find one parent – we found all 90 of them. Many are being reunified now. Your funds did that. This is miraculous. But we promised that we would not rest until all of the families were reunited.

It is not time to rest yet.

We’ve been working with 29 of the 90. These 29 parents were offered these two impossible choices: Return your children to unspeakably dangerous conditions or leave them in America without you, and never see them again.

No parent should have to make this decision. So right now, at this moment, these 29 parents are at the border all together, joined by Liz and Sister from Together Rising and the warriors of Al Otro Lado. They are collectively presenting themselves once again to exercise their right under international and US law to apply for asylum and reclaim their children.

We expect our administration to refuse to allow these tireless, faithful, courageous families to step onto US soil and exercise their right to present their asylum claims. Instead, we expect the administration to detain them and refuse to reunite them with their babies.

So through Together Rising YOU are at the border right now, standing with these parents, attempting to personally escort them across the border, saying to them with your presence: We Belong To Each Other so we will not rest until these parents’ babies are safe and back in their arms.

These are hard times. It is so tempting to go numb and turn away. Instead, you have turned toward these families. You have used your heartbreak as fuel to take action.

None of us could have done this alone. But together, we have returned hundreds of babies to their parents’ arms.

From the beginning, this work has required all of us: those on the front lines and in our homes standing together. If you feel moved to act on behalf of these parents and children from wherever you are today,

1) Please share this story– we must keep pressure on the CBP to allow these families onto US soil to present for asylum and be reunited with their children.

2) Please give – we need to raise enough money to represent, support, and reunify these families. Every penny we receive will go to caring for these and other separated families.

Last night, in the hotel near the border, Al Otro Lado reminded Liz and Sister that without Together Rising, these children would not be back with their parents. Today, we say to you: without YOU, without your funds: these families would still be separated. Thank you. You have saved families and saved lives and together we can do impossible things. Let us continue. Please share and give. Please tag all of your friends and public figures you can think of. Stay tuned. We will keep you updated as soon as we can.

Thank you to ACLU, Families Belong Together and Matthew 25/Mateo 25 SoCal for partnering in this mission. #ReunifyFamilies

In Love, Fury, and Relentless Hope