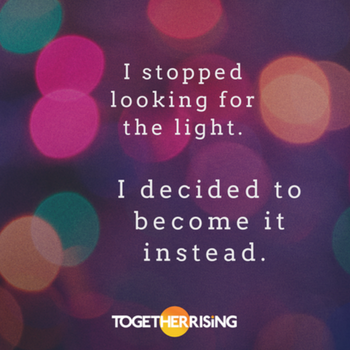 Nominated by her friends, Kathy became another one of our shining Sheroes.  What the entire friend group told us was that Kathy lights up the room. But not just any room; there are lots of people who can do that. Kathy lights up a damp, cold, cinder-block room in a local prison. From that dismal room, Kathy creates light that spreads out to warm the prisoners, their families and friends, and all who encounter this project.

Twice a week, Kathy, often after a shift as a hospice nurse, where she’s already exhausted from bringing light where little exists, leads a team into the Northwest Arkansas Community Correction Center to provide a storytelling workshop. It’s called the Prison Story Project. The concept is simple: Kathy and her team, plus as many as 12 incarcerated women, meet for twice weekly workshops for 4 months and create a script from those writings. They hire actors and produce a staged performance that gives voices to the voiceless women behind bars.  Most of the inmates have suffered sexual or physical abuse as children and as adults, all suffered severe emotional trauma, most dropped out of high school before graduating, most only ever had low-paying jobs, and all used drugs or alcohol to numb the pain.

In the words of a friend: Kathy goes into a place of double darkness and brings light. She goes behind bars to meet with women in prison. Then she goes behind their protective defenses, their personal denials, their deep pain and she gives them a voice. Kathy helps them tell their story and sing their story and draw and write and celebrate their story. Then she takes what they have created and raises it to the level of art. It is art that affirms these women in their journey toward healing. It is art that raises the public consciousness about abuse and violence and addiction. It is art that compellingly advocates for the full humanity of women who have been dehumanized.

Since beginning this project in 2012, Kathy has done five rounds of Prison Stories, touching the lives of dozens of incarcerated women along the way.

Kathy’s goal is to put on two rounds of stories each year, with each round of stories costing approximately $2,500.  That provides 32 classes, pays nominal stipends to the team and to the actresses hired for the staged readings, covers pens, paper, books, publicity, and any costs associated with the outside performance. And Kathy struggles to find the funds each year.  We helped get Kathy rising by funding one round of stories – the 6th Prison Story Project that began on September 28, 2015.  Kathy was able to focus not on fundraising, but on continuing to spread her light in the darkest of places. 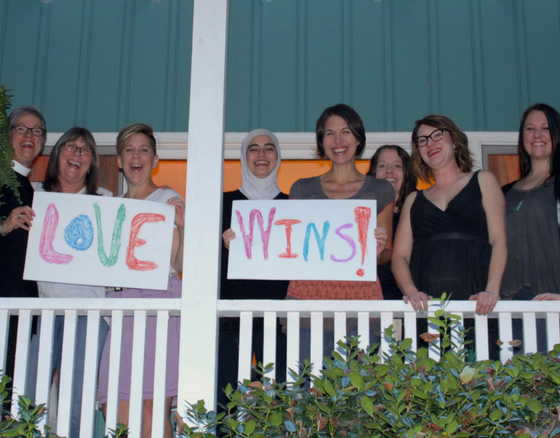