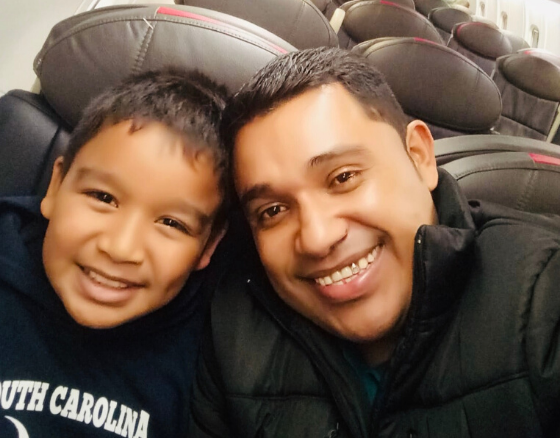 Here's a story of how you - through your giving to Together Rising - helped reunite an asylum-seeking father with his 8-year-old son – who was on the verge of being adopted away from him. The father and son had been separated for 18 months, and you helped reunite them just in time for Christmas.

His son was taken from him when he was just 7 years old and the father was deported back to Honduras without him.

Determined to get his son back, the father began an arduous, dangerous journey through Guatemala and entered Mexico.

He remained trapped in Southern Mexico for months. A network of attorneys, including the heroic team you funded at Al Otro Lado, ensured that the father obtained legal permission to present himself at the border to ask for asylum and reunification with his son.

With support from Together Rising, Al Otro Lado obtained legal representation for the father in South Carolina, where his son was residing with someone who was fighting to adopt him. Through steadfast advocacy, the father and son were able to reunify a few days before Christmas.

As we write to you this morning, your Together Rising team is working tirelessly with our boots-on-the-ground partners on behalf of six more families whose kids were taken from them -- families who have been separated from their children FOR MORE THAN A YEAR AND A HALF.  We are working on a plan to reunite them  -- and we will need your help.  Please stay tuned for an announcement as early as tonight.

Thank you for always showing up, and for not forgetting these families.